People have lived in the Lower Verde River Valley for thousands of years and all settled in this area because of water. Paleolithic Hunters followed water: rivers, creeks, streams. In the beginning Paleolithic hunters followed large prey like woolly mammoths, saber-toothed tigers, and giant bison. Later, Archaic peoples searched for smaller prey and gathered fruits and seeds from desert plants. Artifacts such as tools and weapons have been found in caves. Other signs left behind include petroglyphs and pictographs; One is pecked and/or abraded and the other painted. Next time that you visit the museum, be sure to check out examples of petroglyphs on the stone wall as you enter the HohoKam exhibit. You may recognize some of the shapes but their messages are lost in time. They can be found all over the desert, date from 5000 B.C to 1400 A.D and are federally protected. The Saguaro is the largest cactus in the U.S. It grows in the Sonoran Desert, can grow to 40 feet tall, and grows arms after reaching 50-100 years of age. The saguaro blossom is Arizona’s state flower. The fruit was harvested by indigenous peoples and made into wine and preserves. Other parts were used for fiber, implements, and trade. Notice the “boot” which is a former woodpecker’s nest. The plant protected itself from loss of moisture with a thick scab. The Hohokam who appeared around 500 A.D lived in villages, grew most of their food, made pottery and enjoyed their ball courts. In order to water their farms, they built a huge canal system using nothing but sticks and stones. They also traded far and wide for goods they did not have like feathers and shells. They were the first to etch jewelry. There are several examples of spirals etched into shells. It has been observed that Hohokam pottery becomes less utilitarian and more decorative over time. The Hohokam Woman in the scene on the right is using a mano and a metate to grind seeds into meal. The Hohokam disappeared in about 1400 A.D due to sickness, flood, drought, enemies, or something else unknown. The Yavapai appeared around 1500 A.D, were of the Yuman language family, were hunter/gatherers along the Verde River, and claimed Montezuma’s Well as the site of their emergence into this world. The first white people they would have come across were Spaniards looking for gold in the 1600’s. The explorers traveled with a priest. One in particular, Father Eusebio Kino, was a cartographer, astronomer, and developer of agriculture and animal husbandry. The next group the Yavapai saw were trappers in search of beaver pelts in the 1820’s. These men were attacked by Apaches but returned to the river many times according to Ewing Young’s diary. Miners followed also looking for gold as well as other valuable ores. 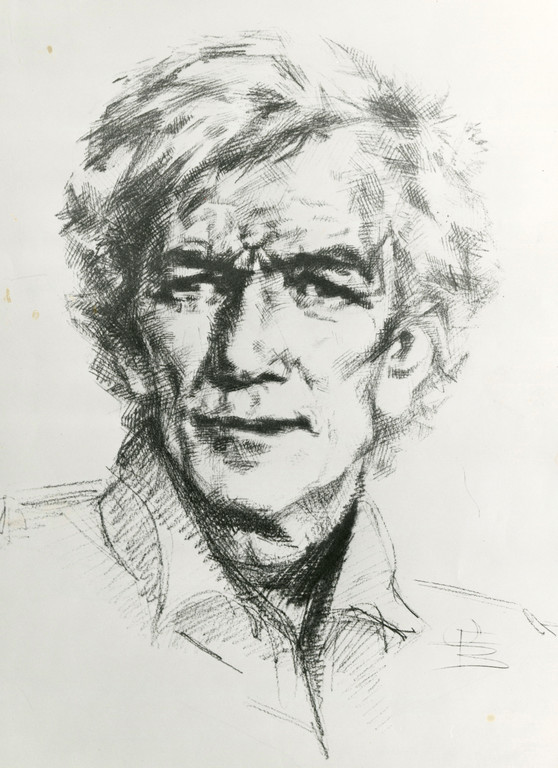 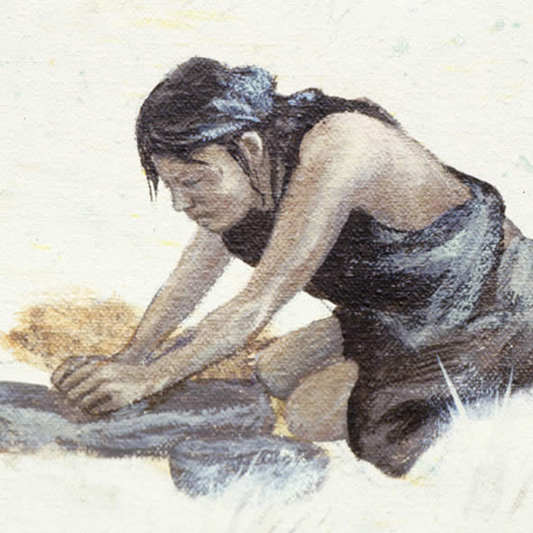 “A mano and metate in use. In this scene, a woman uses back and forth motions with the mano to grind nuts or seeds placed in the metate. (Painting from a mural by Nola Davis, courtesy Texas Parks and Wildlife Department and the Lubbock Lake Landmark.).” 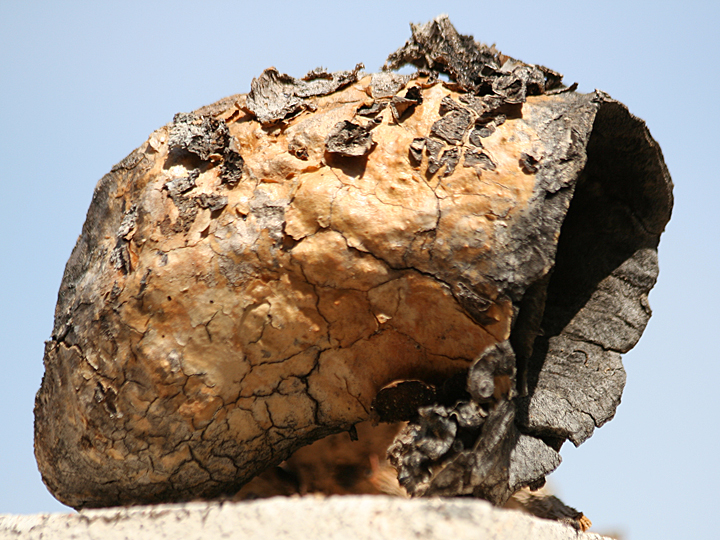 “This Saguaro boot is home to many desert woodpeckers who use the waterproof outer shell called a ‘scab’ for protection against predators and unpredictable weather.”